We always knew that our grandmother’s mother, Cora Walling, married young to a “much older man” named Baker and was widowed before she married her cousin, James A. Walling. Cora and James had a family of four girls, the youngest of whom was our gr…

We always knew that our grandmother’s mother, Cora Walling, married young to a “much older man” named Baker and was widowed before she married her cousin, James A. Walling.  Cora and James had a family of four girls, the youngest of whom was our grandmother Amy.  The family group photograph is wonderful (see below.)   Cora died in 1912 – when Amy was only 14 – and James later remarried. (1)

For some reason, I thought of the marriage to Mr. Baker as an unpleasant period of Cora’s life, and her later marriage to James as her happily- ever-after life.  However, the physical evidence suggests a more complicated interpretation.

Among Cora’s possessions, wordlessly passed down to me, was a set of pictures of the carte de viste style, several hand inscribed on the front in pencil, a few with birth years – with the last name Baker.  Another few, obviously among the same group in terms of style and photographer credit, were unmarked.  Here’s an inventory (you can see them all below):

The first research stop was the census.  In 1860, Cora, age 3, was living in her parents’ home, the oldest of two children. (2)  So far, the family has not been located in the 1870 census. By 1880, she was back in her parents’ home as a 23 year old widow, Cora Baker. (3)  But without her husband’s first name, searching on Bakers in the 1870 census to identify a future husband was challenging to say the least.  A search of Travis County (TX) Marriage Records on microfilm in Salt Lake City turned up the marriage license (see below) and now we know that her husband was Jesse W. Baker – and that the date of the marriage was 18 November 1873.  She was 17 years old.

Armed with a husband’s first name and names of extended family members from the photographs, I found a Baker family tree posted on Ancestry.com.  The family was headed by Isaac and Aurelia Baker, and among their ten children were sons named Boulds, Jesse W., and Jack. Boulds is a particularly distinctive name!   Jack had a daughter named Mollie, born 1864, sons Jack Jr., and Jesse Cross, born in 1865 and 1868 [off by a year], respectively, and another daughter Della, born in 1870. (4)  So four of the photographs are of children to whom Cora would have been an aunt by marriage. Boulds was her brother-in-law.

Turning to corroborate at least a few of the details published in the family tree, I found Jesse [spelled “Jessy”] Baker, age 40, living with his younger brother Jack, Jack’s wife Cordelia, and their family, including the children in the pictures – except for Della, not listed because she was born 11 days after the official census date. (5) Located in Grimes County, Texas (about four counties east of Travis and closer to Galveston), both Jack and Jesse were farmers; Jack owned the land, valued at $30,000 in the census. Jesse would have been 43 when he and Cora married; that doesn’t sound as old to me as it used to sound.  It’s likely that Cora lived in the house with the extended Baker family during her marriage to Jesse.

That Cora kept the Baker pictures suggests that her ties to the family were strong and positive.  It would be unusual to keep them otherwise.  Cora may have kept in touch with the Bakers after Jesse’s death. In particular, Mollie’s picture appears to be of a young woman of eighteen – an age she wouldn’t have reached until 1882, well after Cora returned to her parents’ home.

So we’re not related to the Bakers but I contacted the publisher of the family tree and sent him the scans. He was very happy.  We can only hope that someday we will get that lucky!

Later, I’ll share more evidence that the marriage of Cora and Jesse was a love match. 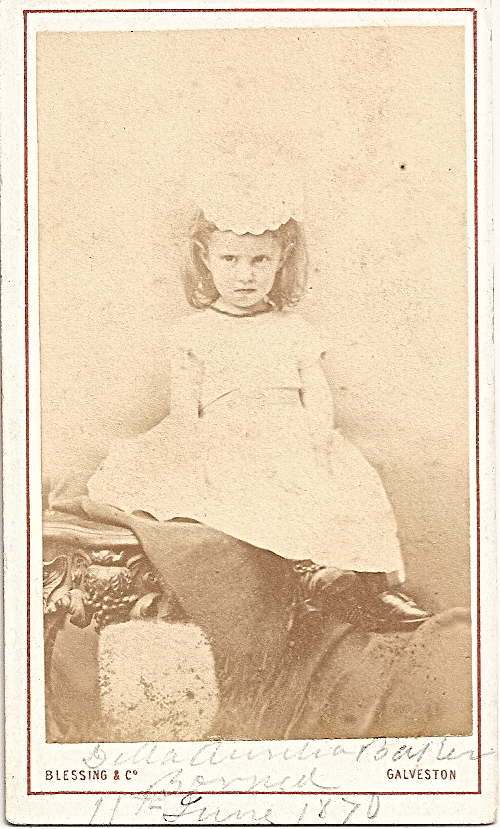 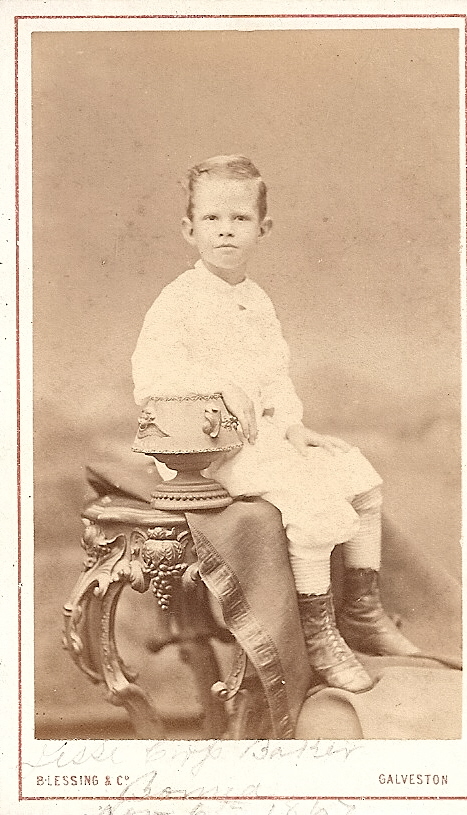 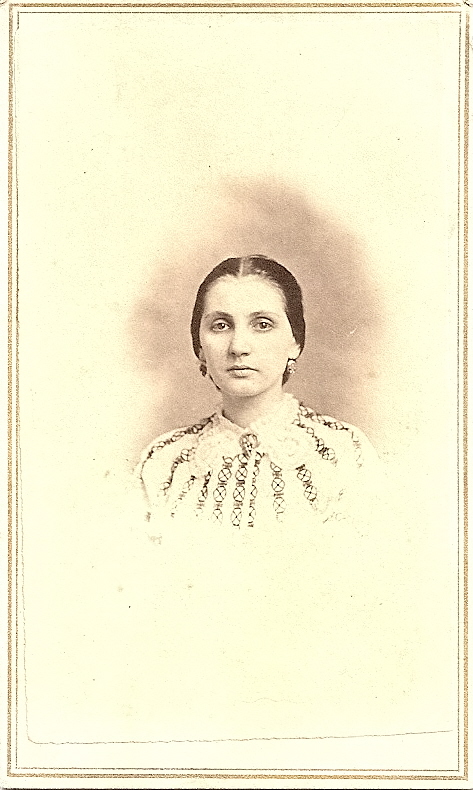 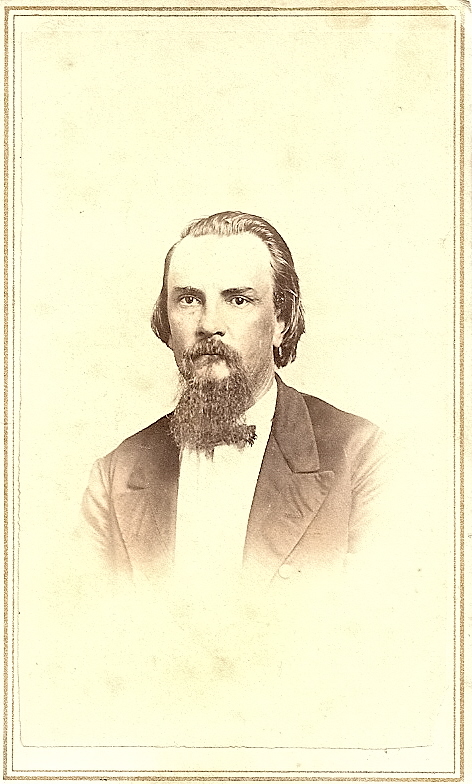 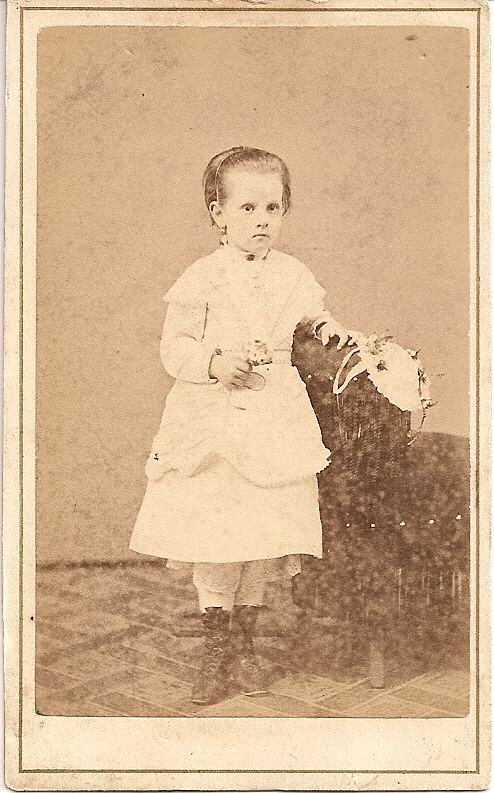